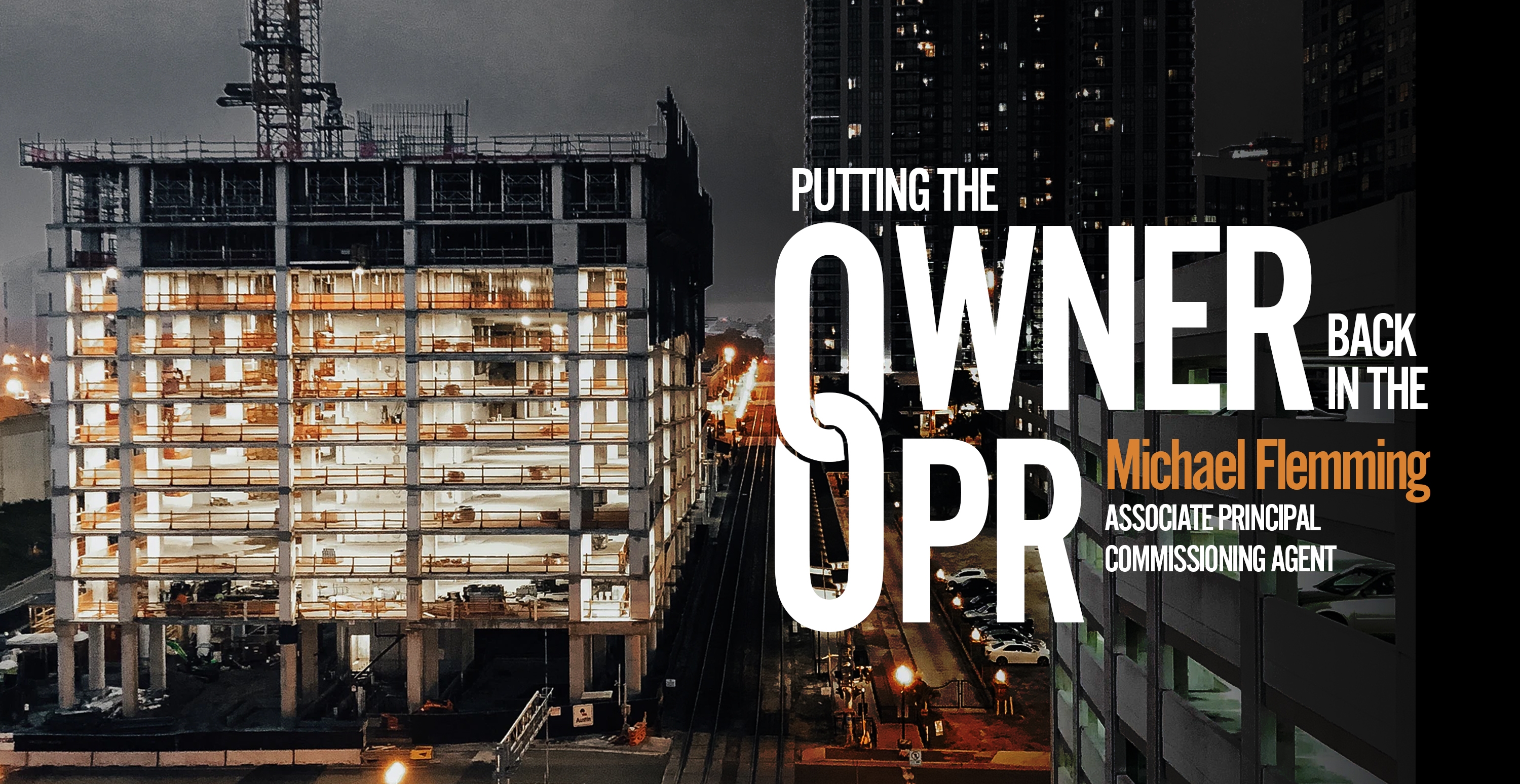 Putting the Owner Back in the OPR

What project team wouldn’t want to start a project with a single document that captures the hopes and dreams of its stakeholders for the project? Assuming the answer is all teams, why is it that we start so many projects start without even a rough draft of an Owner’s Project Requirements (OPR) document?

The short answer is that many projects are moving too quickly to stop and create this important document or that many projects start without a clear idea of what it will be in the end. Both of which add headaches and costs to any project. Without having a clear vision of the end goal, a project will rarely meet expectations and the stakeholder’s true needs may be overlooked.

The OPR is an often-missed document that is a must on any project, yet very few project members even know where to start and just as many projects don’t develop one until it’s too late. This powerful, yet commonly overlooked, document can provide the foundation to deliver a successful project and the key team member that can help get the ball rolling is the Commissioning Agent (CxA).

I was reminded the other day about the importance of the OPR while attending a meeting to go over the document late in the design process. Although the meeting was with a development team for a large multi-national life sciences firm, it was the first time they had been involved in creating an OPR. We were brought on board as the commissioning agent late but while going over some simple questions it was quickly discovered that the design was not quite as developed as previously thought.

The OPR should be the first document created as part of any project and should have input from all stakeholders with an important focus on operations and maintenance. The goal of the OPR is to document the items that are the most important to the owner for their project and to help differentiate between the “must haves” versus the “like to haves”. The creation process of an OPR helps to cue to the team on items that they may not have previously identified and help to get buy-in and approval before the design has progressed into the final stages of documentation, which would make what would seem to be a simple change a very costly change.

Typical items that should be addressed in an OPR include:

A great deal of this information is covered during design charrettes and meetings right from the beginning of any project, however the OPR acts as a central location for high level project goals. The ideal OPR is updated throughout the project to adapt to the ever-changing design process and so that important items are not lost in meeting notes or overlooked during value engineering efforts.

While a well-developed template is a great place to start, as many teams don’t know where to begin when presented with a long list of questions about their project. Hiring an experienced CxA early in the project makes the process much easier as they can lead the process and help get the most out of the document and the team leading the project.

A well-developed OPR helps to ensure that project teams can ensure that they receive the project that they envisioned in the most efficient way, so why not start on the right foot for all projects?

For more information on how to create an OPR that will deliver results see our webinar.