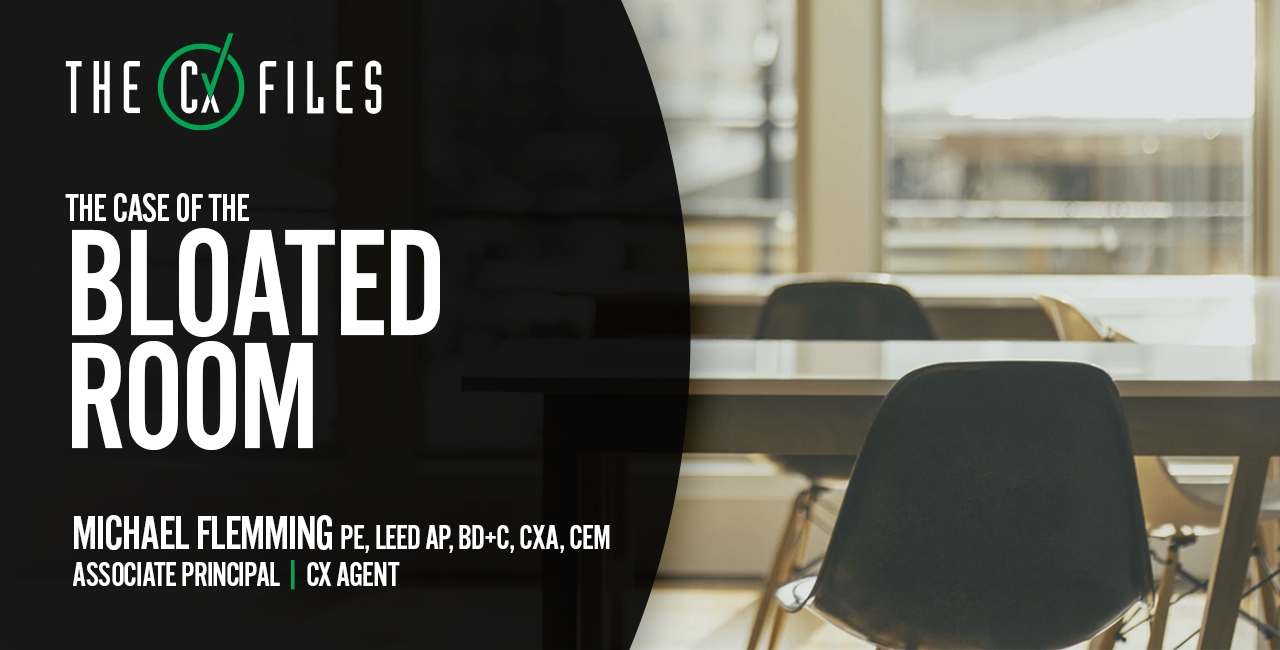 Chapter 1: The Case of the Bloated Room

It all started with a door, a door that refused to shut. Typically, an open door wouldn’t mean much, but for an experienced Commissioning Agent, little clues that can lead to discovering bigger problems. In many ways, commissioning is like solving a mystery. The process starts by identifying issues, and then using little clues that equipment, systems, and buildings give you to discover the true root cause of the problem.

For this project, the design was a simple system serving a science classroom in Hawaii including a fan coil unit for air conditioning, an exhaust fan and a couple motorized dampers. Hawaii like other tropical climates has two important factors which must be addressed in buildings, heat and humidity, and to make a space comfortable takes a delicate balance of providing sufficient ventilation but not too much for the space to be too humid for the students.

Right from the beginning of the commissioning process, and prior to students filling the classroom, this classroom was becoming a challenge. Although the design had dehumidification built into the unit, the space was difficult to control with the humidity often higher than required for a comfortable space.

The first clue was finding a door that would not close. Beyond the security issue of a locked door to the classroom that would not close on its own, the door led us down the road of questioning if there were a pressure issue in the space. If the space were over pressurized, the equipment was either putting too much air into the space, or not taking out enough.

The second clue was the loud air into the space. While we had already tested other rooms, we noticed upon first entering the space, the air in this room was much louder. Once again, while noise would likely end up being a complaint from the teachers or the students, on its own it wouldn’t typically be a clue into a bigger issue.

The final clue was an issue that the team had already resolved. These specific classrooms had been much more difficult to dehumidify and were always having issues when other spaces were comfortable. While the team’s efforts had improved the room’s performance, the high humidity issue was the final clue.

In the end, there was two root causes to blame. The first, was that instead of a modulating damper, the team incorrectly installed a backdraft damper on the make-up air to the space. This damper was meant to be motorized and to open when the teacher turned on the exhaust fan when they were doing science experiments with the students. However, during initial start-up the backdraft damper would not open on its own and was instead forced open with a bracket and a screw, meaning that it would never close even when the fan was off.

The second issue was the quantity of air. Even though the air balancing had been completed correctly and verified, the settings within the thermostat were accidentally reset to factory defaults, resulting in a unit that was running at maximum speed all the time and providing more air than the unit was able to adequately condition.

Together, these issues led to too much humid outside air, too much supply air causing noise and pressurization issues and lost air through the make-up air duct when the exhaust fan was not running. In all, a perfect example of how minor issues when viewed through the eyes of an experienced commissioning agent can result in identifying issues that may have plagued the project for years.