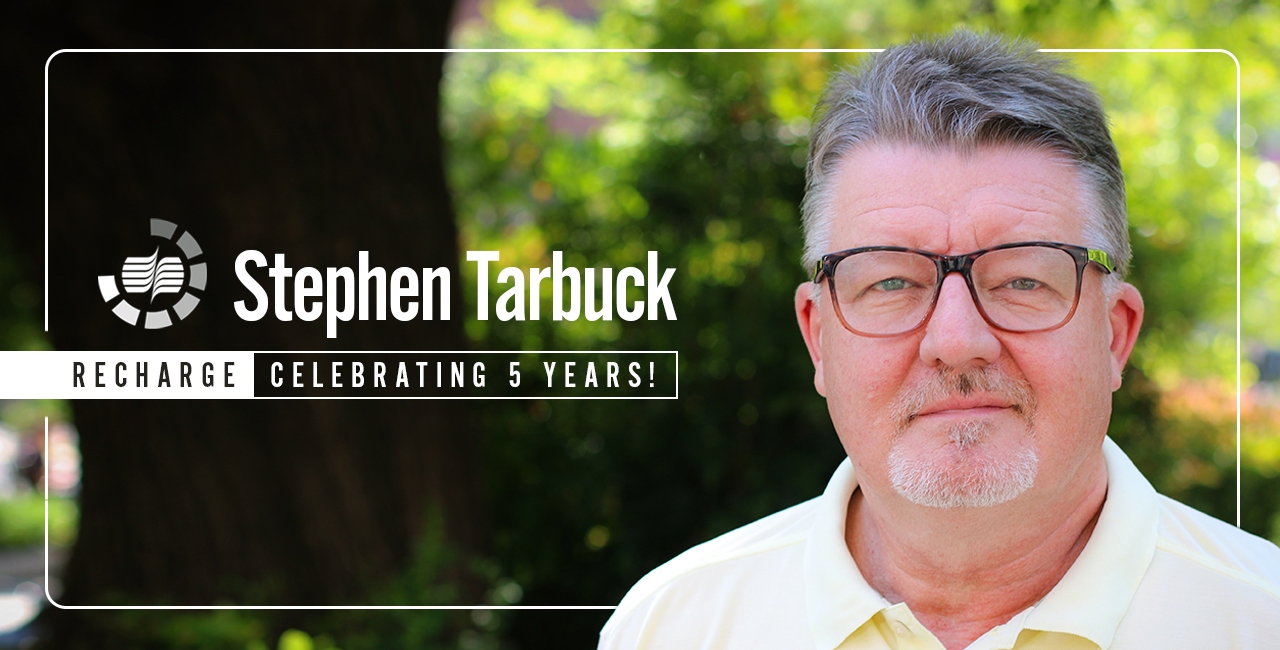 In 1996, I met Steve Tarbuck. We became friends and colleagues. Over the years we followed different paths, eventually coming back together again at Interface. Congratulations, my friend, on your 5-year anniversary at Interface. Enjoy and Recharge.